The King begins the game on the back rank, centrally positioned next to the queen. There are a host of reasons why a king may be put in the middle of the board, and the question itself could mean different things. So let’s take a look at the reason why kings are put in the middle squares in chess.

Chess players may put the kings in the middle either during the game as part of their strategy, leave them central by not castling, or once a game has completed the Kings are placed on the relevant colored squares in the center of the board to indicate the winner of the game.

So to clarify the intention of your question are you asking….

At the end of a tournament chess match, both Kings are positioned in the middle of the board to indicate the winning side, White or Black. The placement of the kings in the middle on Light or Dark Squares indicate a White or Black winner, or one light square, one dark square if the event ended in a draw.

The manner of victory is not reflected, just the winner and match result. The method of victory, whether checkmate or resignation in the case of a winner, or stalemate or draw will be recorded in the player’s chess notation, which will be signed and submitted.

The center of the board are the Squares, d4, d5, e4, e5 – You know, where most chess pieces and openings take place and the action begins. This is where the white kings and the black king ill be placed at the end.

These are the squares used for placing the kings in the middle at the end of the chess game. You can figure out which is which.

Now according to the principles of chess, the king should be castled and tucked away in a corner of the board. This ensures king safety, so why do some players decide to put their king in the middle? Isn’t it against the opening principles?

If these questions confuse you, keep reading. We understand that it can be confusing for beginners (or intermediate players). But don’t worry. Here, you’ll understand the logic behind this strategy.

1. Central Security in Some Instances

Sometimes in chess, the safest squares for the king can be in the centre. In those positions castling to either side is risky. Hence, players prefer to keep their king in the middle of the board. In fact there are some openings where this strategy is frequently used.

One opening that comes to mind is the Sicilian Classical. In the main line of this opening, castling to either side of the board can be risky. Hence Black decides to stay put in the centre and develop their play around that.

2. Looking for a Signal from The Opposing Player

This is a very interesting concept, which at the same time is a little advanced. When you understand it on a deeper level, you’ll realize what a beautiful masterstroke it can be in some positions.

Sometimes, the king stays in the centre to foil opposition plans. Crazy right? How is that possible?

The point is the king is the most important piece on the chessboard. Once it’s location becomes fixed, your opponent can think of a plan to start an attack on it. This is what happens when you castle.

But when the king stays in the centre, with the possibility of staying there or castling to either side of the board, the opposition suddenly has to make tough choices. If they launch a kingside attack, the king can find a shelter on the queenside and vice versa.

Also the opposition might be confused on deciding where to search for their king’s safety? If they castle to one side, they are ‘revealing’ the address of their most important piece.

This cat and mouse game is very common at the grandmaster level. Once you understand it, you’ll realize how deep chess can be.

In some positions, activating your pieces is more important than securing your king. This is especially true in double-edged attacking positions. The side that breakthroughs first with their attack wins. Sometimes, in order to achieve this attack, one has to forget about their king’s position. Hence the most valuable piece has to compromise by staying in the middle.

There are some lines in the Grunfeld where White ignores king safety and launches an attack on the kingside with h4-h5, Bh6 etc. Here piece activity plays a major role.

4. The Endgame Plays Out

King centralization is an important part of endgame play. When the queens are exchanged, the risk of getting checkmated by a deadly attack reduces. Therefore, the king can take a more active role in such positions and chess strategy. So whenever an endgame is approaching, good players prefer to keep their king in the middle of the board.

This is the philosophy of an opening like the Berlin Defense. After the queens are exchanged, the Black king stays in the middle of the board for a long time and can be also a threat to the white pieces.

In some positions, the king might be required to defend the central pawns and weaknesses. Why? Because this allows other pieces to play a more active role. In this way, the entire efficiency of the army can be improved.

Once again, the Sicilian Classical is a good example. The king defends while other pieces begin to activate.

So should you keep your king in the middle or tuck it away in the corner of the board? The answer depends on the concrete position. In most cases, safeguarding your most valuable piece on the board will turn out to be the best decision and will be the go-to first priority of chess masters.

Understand what factors are at play before you let your king stay in the middle. It could be a risky decision, but when you assess the position correctly, it can be a great strategy.

⭐⭐⭐ Take 6 minutes to read and improve your chess game ➡️ : Almost certainly through experience, you may have played a game of chess or know of a game of chess that has taken a long time to complete. Hours perhaps, even days! Indeed years…

⭐⭐⭐ Take 6 minutes to read and improve your chess game ➡️ : The idea of playing a game of correspondence chess since the internet arrived is quite profound. Once a popular way for players who enjoyed playing chess but couldn’t meet face to face and… ⭐⭐⭐ Take 4 minutes to read and improve your chess game ➡️ : We see young prodigies in chess all the time. Recently we have seen the youngest grandmaster title achieved in 20 years by a 12 year old missing out on the ‘youngest grandmaster’ title… ⭐⭐⭐ Take 5 minutes to read and improve your chess game ➡️ : In the world of chess, classical chess is thought to be threatened by online chess games where rapid and blitz chess is far more popular. But classic chess will always remain the best… 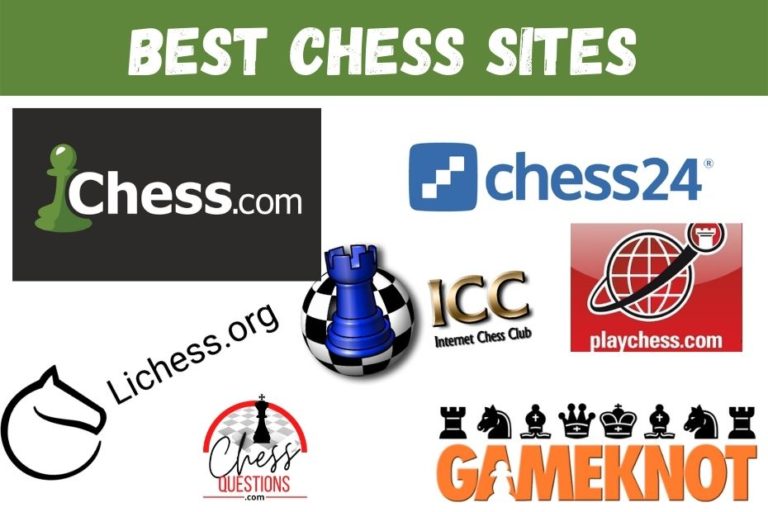 ⭐⭐⭐ Take 11 minutes to read and improve your chess game ➡️ : You are a chess player who has tried a few online chess sites or is thinking of checking some out but have not decided on the best.  There are a lot of different…

⭐⭐⭐ Take 8 minutes to read and improve your chess game ➡️ : The point value of each chess piece is not something we often think about, indeed, how much a chess piece is worth in points has no direct effect on the game. Whilst these…